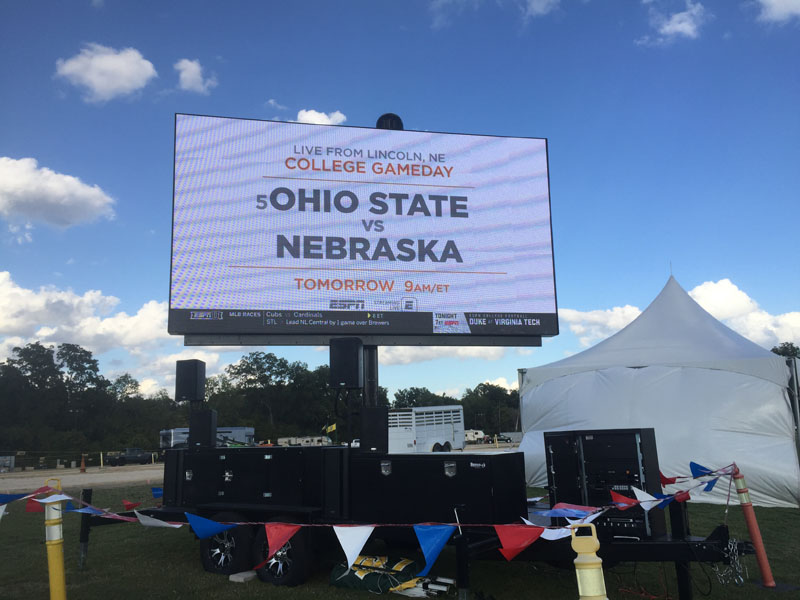 The Wahoo is a unique fish that is fun to catch, is a fighter and enjoys being alone or in groups. It is also one of the fastest and most enduring.

Due to the competitive nature of athletics, running sports, and large and small events, the name WaHoo seemed well suited for our business. 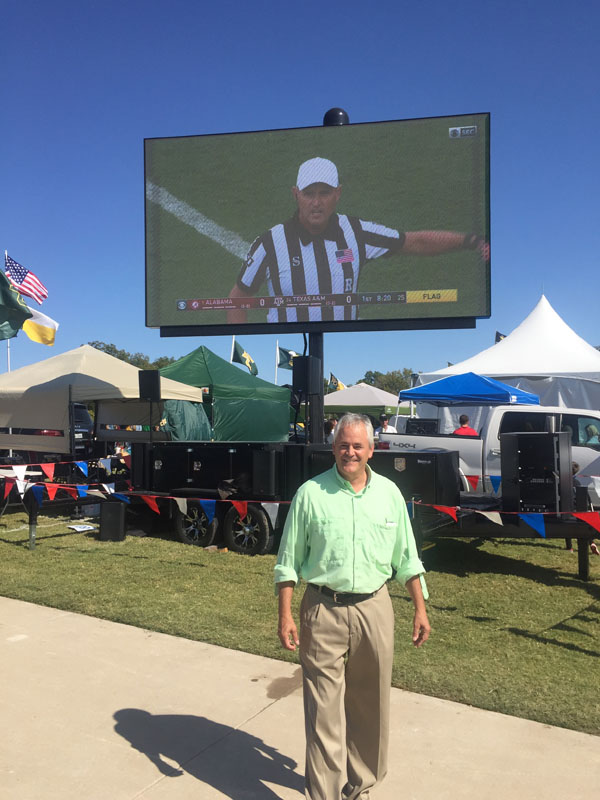 Tom Hill, owner of Wahoo Sports & Entertainment, served Baylor for nearly 28 years. From graduate assistant to coach to Senior Associate Athletic Director, Hill was intimately involved with the steady growth of Baylor Athletics. While at Baylor, he had direct oversight of athletics community relations’ efforts as well as the point person for special projects, events and championships throughout his career.

Hill moved from his initial love of coaching track and field through 97’ to serving in such varying capacities as NCAA Compliance Director, Capital Project Oversight, Director of the Ferrell Event Center to the athletic department’s Senior Associate Athletic Director of operations/facilities, customer service, concessions, event management and day-to-day physical operations.

He helped guide the department’s facility transition to one of the most dominant in the U.S. He was the lead on athletic projects such as the FCS Skybox and North Endzone, Baylor Ballpark, Hart Patterson Track, Clyde Hart Track, McLane Stadium (Committee), Getterman Softball, Tennis Courts and Offices, Golf, Basketball Practice area, Ferrell Center – upper and lower level, 2 video board and floor installs, Soccer, Equestrian and others.

Hill brought multiple Championships to Waco and Baylor while also serving as director for multiple championships including the 1997 inaugural, 1999, 2006 and 2014 Big 12 Outdoor Track & Field Championships. He was involved in Baylor’s recent efforts to host the 2015 NCAA National Tennis Championships in Waco and also directed several NCAA Regional and Super Regional Championships at Baylor.

In addition, Hill has faithfully served as the UIL Region II 6A and III 3A Director of Athletics and other capacities since 1992.

Hill’s proudest moment came in 2005 he directed the nation’s largest deployment of Texas National Guard soldiers from Baylor’s Floyd Casey Stadium (over 3000)) and was able to raise nearly $130,000.00 in less than a two months, used to purchase a phone card for every soldier being deployed that day.

A native of St. Mary’s, W.Va., Hill graduated from Cedarville University in Ohio with a BA degree in math. He was a four-year letterman in both track and cross country while earning All-America and Athlete of the Year awards and was inducted into the institution’s Hall of Fame in 2007 and the West Virginia Mid Ohio Valley Hall of Fame in 2016. After Cedarville, Hill worked at his alma mater as assistant cross-country coach. He received his Master’s of Science degree in sports administration at Baylor in 1989.

Previously involved in Athletes in Action (AIA), Hill competed internationally in several European events including periods in Eastern Europe. In addition to serving as the European project coordinator for AIA, Hill directed several international teams and activities at the national championships.

Hill is also actively involved in the Waco community, serving as past president and chairman of the Texas Sports Hall of Fame board of trustees and a founding board member of the following: Live Oak Classical School, Greater Waco Sports Commission – past President, Heart and Hand Ministries, Central Texas Track and Field Officials as well as the founder and CEO of Waco Summer Youth Ministries/Texas Youth Ministry International. He also serves with the economic growth and development group “Partners” of McLennan County, and was served as Baylor’s sole representative with Chamber’s Total Resource Campaign over a decade. Previously, Hill sat on the Waco Parks and Recreation Commission and chaired the American Heart Association’s Heart Walk multiple years in the past.

Hill has led “Baylor on Mission” medical mission teams to remote villages along the Amazon River Basin, to the interior of Mexico, Rio de Janero as well as athletic teams to Cuba, Kenya the Dominican Republic and remote islands in Panama.